Friday, January 13th was the sixth annual Academic Technology Expo (ATE) at the University of Oklahoma. ATE is one of my favorite local conferences because there’s an emphasis on instructors presenting the tools they are using in their classrooms. This helps me gage and pursue various technologies and use cases that interest faculty. Not to mention, ATE keeps me informed about many of the technology initiatives throughout OU classrooms.

The tweets that follow are intended to represent a snapshot of my experience at ATE. They have been curated from the #OUTechExpo stream and will include various individuals. In other words, this post also acts as a “recommended to follow these awesome people” post. Anyways, I’ll try to limit myself to ~5 tweets per session—here we go:

Drupal as a Collaborative Classroom Tool

This session was presented by Kathleen Crowther.

Going to be an awesome day when it starts with learning about @drupal as a collaborative classroom tool from @Sacrobosco2013 at #OuTechExpo!

.@Sacrobosco2013 Literally thousands of recipe books are held by @WellcomeLibrary and her students are first to study many of them.

One of my favorite things about @Sacrobosco2013's course is that she's learning alongside her students with authentic research. #OUTechExpo

@sacrobosco2016: Women did experiments, recorded in handwritten books of medicines and cookery #OUTechExpo

This session was presented by Jeremy Dean, Jennifer Shaiman, and Nick LoLordo.

Happy to have @dr_jdean up to OU to talk marginalia & @hypothes_is in the digital age. #OUTechExpo

Love how Shaiman talks about how @hypothes_is contributes to f2f discussion. It's about extending not displacing class disc. #OUTechExpo

.@hypothes_is as a means to cultivate discuss online between Ss. Then brought to class by instructors as point of engagement. #OUTechExpo

How is deep immersive reading effected in an online environment? Great question from Lolordo in presenting on @hypothes_is #outechexpo …

This session was presented by John Stewart, Thomas Woodfin, and Peter Barker.

So many phenomenal presentations in succession at #OUTechExpo! Now hearing about @Wikipedia articles as course assignments!

.@Wikipedia editors 80%+ male according to @jstew511; problem for coverage of #womeninSTEM (among other subjects) #OuTechExpo

"After Ss write @Wikipedia articles, they understand why sources should include many academic sources." -para @voxcanis's #OUTechExpo

This Keynote was presented by Gardner Campbell. A video of this Keynote is available below! For now, here’s a few hype tweets:

Humbled and honored to introduce a personal educational hero of mine. Thanks for speaking @GardnerCampbell! #OUTechExpo https://t.co/tWFZyH50ua

Only 2-minutes in, and @GardnerCampbell is already moving and inspiring. #OUTechExpo I loved his description of a library.

We can revive that dream that the initial digital inhabiters had. @GardnerCampbell #OUTechExpo

Making Games for the Classroom with Twine

This session was presented by Eric Abraham, John Stewart, and Christina Bourne.

"It is the power of narrative to remember what you have learned" Eric Abraham #outechexpo https://t.co/R4v8Qm5deu

"How do you teach that there better and worse, but not there is one right answer" Christina Bourne #OUTechExpo https://t.co/R4v8Qm5deu

Students as Makers of Educational Games

This session was presented by Lauren Horn Griffin, Julie Ward, and Keegan Long-Wheeler.

Julie Ward now presenting on the @twine game she's going to work on with her students in a Spanish Language course. #OUTechExpo

Ward's students will read and write choose your own adventure games as a framework to experiment with digital storytelling. #OUTechExpo

Ward talking about pedagogical utility of building games in her course. As @GardnerCampbell said, purpose is key to useful tech #OUTechExpo

My favorite part of ATE was presenting alongside Lauren and Julie on some of the curriculum they’ve implemented/are developing for their courses. Lauren built a text-based game with her students around the choices immigrants and asylum seekers face. This activity intended to engage Lauren’s students in both research and creative writing that could be showcased outside of the classroom. I love this project because Lauren had her students reflect on every choice they made while developing the game, Sanctuary. What an opportunity for her students to see the world through another individuals point of view and empathize with people immigrating to the United States.

Julie also has a terrific choose-your-own adventure game development activity she intends to implement in her Fall 2017 course around Spanish literature. For Julie’s students, they will practice their language skills while writing plausible, alternative ending to pieces of literature. Checkout the example Julie developed for her students, Las medias rojas, during her participation in eXperience Play. My favorite quote Julie said about why she’s pursuing this activity is that she had “fun” developing her own text-based game and wants her students to have a similar experience in her class. 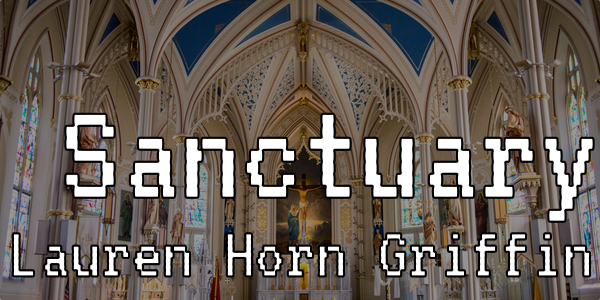 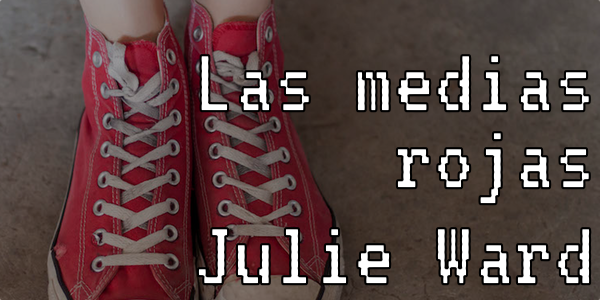 I felt spoiled at ATE since it was my second time to hear Gardner Campbell speak in the last three months (shoutout to #OpenEd16!) He was phenomenal. What resonated with me from his talk is his portrayal of the internet as a network where everyone is connected, but no one entity is in control, as well as his call to action that we should always be intentional when implementing technologies into the classroom. To me, these are two ideas that drive some of the curriculum and professional development I design. Honestly, it’s hard to put into words much of the inspiration Gardner propagates, so I will differ to the soon-to-be-released video of his talk. I highly encourage you to listen to his encouragement (when it’s posted). Thank you Gardner Campbell!

"The computer is an instrument whose music is ideas" Alan Kay #outechexpo pic.twitter.com/4B3n2GS2e2

PS. Gardner Campbell invited us to his Open Learning Connectivist MOOC that starts this week. I wanted to extend the same invitation to you. 🙂

Finally, due to the threat of inclement weather, ATE possessed a high concentration of passionate educators willing to brave the potential of freezing rain. Thus, from learning about Drupal to facilitate collaborate research in the classroom, to engaging students in discussion using group annotations with Hypothes.is, and scaffolding the writing of academic papers with Wikipedia articles, ATE was comprised of some fantastic sessions. I love seeing the results of passionate instructors and the technologies they utilize. Here’s to another great year of learning alongside them.

The featured image is provided CC0 by Riley McCullough via Unsplash.